Born in Yonkers 71 years ago, Mr. Jones doesn’t play the lottery. His number already came up once, so he doesn’t like the odds of that happening again. Unfortunately, the winning prize the one time he played was a trip to Vietnam. His time overseas was a nightmare, and he was welcomed back with indifference and sometimes hostility. As the years passed by, this positive, confident, hard-working, and peaceful man increasingly had trouble making peace with himself. It took him decades to truly find his way home.

When Mr. Jones’s number came up all those years ago, he decided to join the Marines. Everyone in his family had been in the army, but “I’m just different,” he explained. “I like a challenge.” His time in Vietnam was more challenging than he could have ever imagined. Combat left him with a partially paralyzed right leg and chronic PTSD. Except PTSD was not officially recognized as a diagnosis until 1980—years after Mr. Jones began suffering from terrifying flashbacks and a heavy dose of survivor’s guilt. Doctors at the Veterans Administration (VA) treated his leg to their satisfaction, but after that, he was encouraged to get on with his life.

But life was hard for Mr. Jones. After the military, the once confident young man felt like he was living his life in quicksand—the more he struggled, the deeper he sank. The unexpected clang of a jackhammer could send him spiraling for days. His leg injury flared up and grew worse with age. He wrestled constantly with “a lot of self-doubt. No confidence. Self-judgement. Just trying to do the right thing but not knowing what it was.”

Over the years, when he turned to the VA for help, miles of red tape and a parade of bureaucrats inevitably left Mr. Jones feeling frustrated and angry. There were times that he struggled to get out of bed. He thought about hurting himself, and at times he struggled to control his anger. But despite the turbulence, and with tremendous grit and determination, he managed to hang on. Ultimately, the puzzle pieces that were always just out of reach began to fall into place. He remembers, “The best thing I did was to go back to the VA hospital in Montrose and say, ‘I’m homeless. Help me.’”

When Mr. Jones reconnected with the VA Hudson Valley Health Care System in Montrose back in 2015, he was referred to the HUD-VASH program, a collaborative effort to help homeless veterans that combines rental assistance from Westhab with clinical case management services from the VA. Mr. Jone’s experience was different this time: He was paired with a caseworker who was helpful and willing to listen, and he was connected with doctors at the Bronx VA who were caring. He also met Angelica Valentine, Westhab’s Veterans Programs Supervisor, who arranged the lease for his tidy, one-bedroom Yonkers apartment in a senior building that he has called home for the last four years. From his living room, he has what Ms. Valentine calls a “penthouse view” overlooking Yonkers with the New York City skyline in full view in the distance. Ms. Valentine is always available to him should he need anything, including help staying connected with the programs and community resources that offer support and services. She also works closely with Mr. Jones’s VA case manager and his landlord to make sure everything is running smoothly for him, and she visits him each year to help with his lease paperwork.

For Mr. Jones, having Ms. Valentine in his life is “more than helpful.” He says, “She is like a sister. She’s attentive. She’s observant. She puts her heart into it. She cares.” For Ms. Valentine, clients like Mr. Jones are the reason she became a social worker in the first place. With him, she was able to do what she does best, to use her training (as an LCSW), experience, skillset, and compassion to help a neighbor in need break free from the past and move forward in his life.

Today, Mr. Jones can finally make some sense of why he survived. He is a spiritual man who has found God, which for him means love and hope and a reason to get out of bed. He has also found his purpose—to listen and to understand. If what happened to him had to happen to somebody, he muses, maybe he was the right man for the job. Because he never gave in. He was always willing to try one more time. And now he is in a position to help others—veterans among them—who are suffering: “I think it’s a bonus that I’ve been through so much because it made me stronger in some ways, and it made me wiser in some ways. You have got to let other people learn from it.” He adds, “I have been very fortunate to have people like Ms. Valentine in my life to give me the confidence to hope.” After taking the long way home, he is grateful for each new day and the opportunity to help others find that same confidence in themselves, no matter the odds. 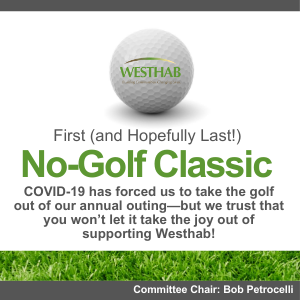